EU to join war on I.S. in Mozambique

Destruction left in the wake of an IS attack.

The EU partnership with Mozambique is seen as a crucial element in bolstering security in the coastal region.

Speaking on September 14, General Nuno Lemos Pires told the Lusa News Agency that the counter-terrorism mission in Cabo Delgado, the country’s northernmost region, bordering Tanzania, will be fully operational by the end of 2021.

The EU deployment, expected to last two years, will consist of about 120 personnel, who will train the Mozambican rapid-intervention force as well as support the force’s commandos and marines with non-lethal equipment.

Brussels’ intervention in the battle against the Islamic State (IS) insurgents follows the deployment earlier this year of the SADC Mission in Mozambique (SAMIM), which, together with Rwandan troops and local forces, are gaining ground on the battlefield.

In a press release issued in September, SAMIM reported significant advances since the beginning of its military offensive in August, including the dismantling of insurgent hideouts in Cabo Delgado.

In a further blow to the Islamists, the Mozambicans and their allies successfully retook the coastal port town of Mocímboa da Praia, where the first attack by the jihadists took place in October 2017.

The town, close to the Tanzanian border, had become the main military base of the insurgents.

An escalation of violence has led to the displacement of more than 700,000 people.

More than 700 soldiers and other personnel were deployed by Southern African Development Community (SADC) member countries to help end the rising insurgency in Cabo Delgado.

They joined 1,000 Rwandan security forces who had been deployed earlier this year as part of a bilateral cooperation between the two countries. 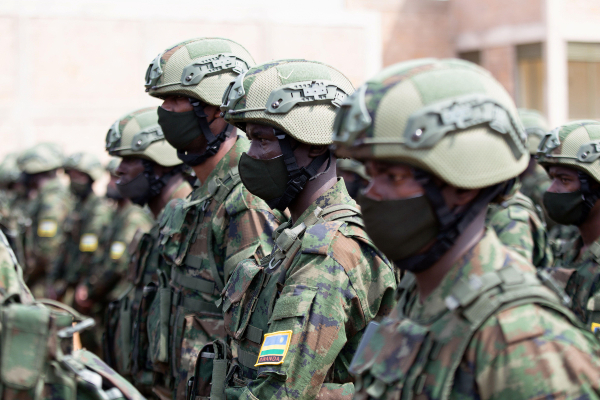 Rwanda sent 1,000 members of its security forces to Mozambique earlier this year.

But while the tide is turning on the insurgents in Cabo Delgado, Tanzania and Kenya have been placed on alert following terrorist incidents thought to be linked to fighters routed from their Mozambican stronghold.

The most lethal of the two incidents took place in front of the French embassy in Dar-es-Salaam on August 25, killing four and wounding six. Among the dead were three policemen and a security agent.

The gunman, identified as Hamza Hassan Mohamed, 29, was killed by police after the shooting.

According to Tanzanian police, the attacker first shot at two agents in the diplomatic district.

He then took the weapons of the dead agents and went in the direction of the French embassy, 100 meters away, and sought shelter in the guardhouse of the building where he claimed two more victims.

Liberatus Sabas, the Tanzanian Police Operations and Training Commissioner, said that ‘the real motive of the attack is still unknown, and little is known about the young man’. However, Liberatus linked the attack to the advance of military operations in Cabo Delgado.

Following these arrests, two AK-47s and unspecified explosives were seized from the detainees’ possession.

According to Kenyan authorities, the alleged terrorists were planning an attack to coincide with the anniversary of the death of radical Muslim cleric Sheikh Aboud Rogo, killed in Mombasa in 2012.

Police in Kenya revealed that the accomplices of the two suspects had recently been in Mozambique and the Democratic Republic of the Congo (DRC).

Kenyan intelligence reports from March 2021 indicated that several citizens are fighting with the Mozambican insurgents.

It is suspected that several young men fled to Mozambique after the death of Sheikh Rogo, through the Kibiti area of Tanzania, where they had built a presence in 2015.

Njenga Miiri, director of the National Counter Terrorism Center in Kenya, has called for increased vigilance to prevent a possible return of extremists to their home countries in East Africa, as fighters lose ground in Cabo Delgado.

‘Preventing and countering violent extremism is a cohesion issue that affects communities and therefore the need to collaborate with them to stop their journey to these terrorism-prone regions.’

Borges Nhamire, researcher at the Center for Public Integrity in Mozambique, echoed these warnings: ‘The flight of terrorists raises serious concerns and should be seen as a challenge for the region, given that as they are defecting it is difficult to know where they are and what they will be planning.’

He warned such surveillance was needed throughout neighbouring countries.

‘We don’t know where the enemy is taking refuge.’

NewsAfrica is an independent media agency set up to serve the news and information needs of Africa and the Diaspora. It provides intelligence on the continent to decision makers in politics, business and civil society worldwide. Get in touch with us today.