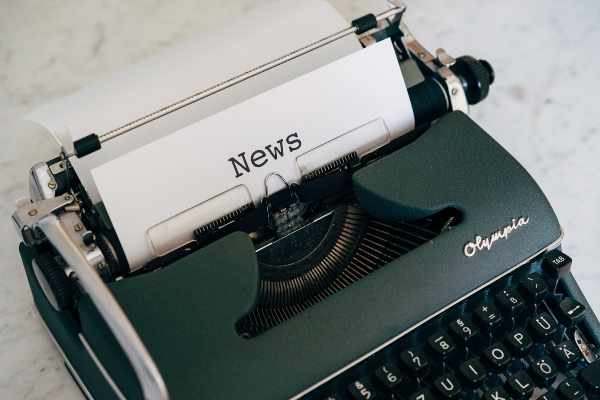 ‘The EACOP Tripartite Project Agreement has been signed by all parties with commitment for realisation of the Equal project; for the benefit of all people of Uganda and Tanzania in the spirit of East Africa,’ Sam Kuteesa, Uganda's foreign minister, told Africanews.

Signed in Kampala, the capital city of Uganda, the agreement clears the way for the construction of an 894-mile (1,440 km) crude oil pipeline from Uganda’s Albertine region to Tanga, a seaport in Tanzania.

Extraction will begin from the Kingfisher field, run by China National Offshore Oil Corporation Ltd, and the Tilenga field, operated by Total SA.

In March, Uganda postponed the signing of the agreement out of respect of the death of Tanzanian president John Pombe Magufuli.

Said to be the longest electrically heated crude oil pipeline in the world, the $3.55 billion pipeline, could offer more than 10,000 job opportunities upon completion, according to the new Tanzanian president Suluhu.

But the project has met resistance from environmental activists, who argue it poses risks to protected environments, water sources and wetlands in both countries, due to CO2 emissions from the burning of oil through the pipeline.

The African continent received a pleasant surprise on April 12 when Twitter announced it was opening a regional headquarters in Ghana.

The announcement sparked debate on the ease of doing business for technology start-ups in Africa.

The social media site said that its decision was based on shared values, adding Ghana supports ‘free speech, online freedom and the open internet’.

The West African nation is the headquarters for the newly launched African Continental Free Trade Area (AfCFTA), whose aim is to bolster intra-African trade and freedom of movement.

Twitter told BBC that the decision to set up offices in the AfCFTA capital would help them become ‘more immersed in the rich and vibrant communities that drive the conversations taking place every day across the African continent’.

An elated President Nana Akufo-Addo swiftly retweeted the news. The Ghanaian leader described it the start of a ‘beautiful partnership’ that would be critical for the development of Ghana's tech hub.

He added: ‘These are exciting times to be in, and to do business in Ghana.’

But many industry captains welcomed the news with scepticism.

‘In Africa what has generally been considered the tech hubs of the continent have traditionally been Egypt, Nigeria, South Africa and Kenya,’ said Kenya-based Kagure Wamunyu, who leads the expansion of Kobo 360, a digital haulage start-up that connects freight owners with lorry drivers.

She told the BBC that Kenya in particular has successfully nurtured an enabling environment for Big Tech and leads the pack when it comes to high levels of internet penetration.

But according to Nigerian tech pioneer Femi Longe, Ghana was an obvious choice.

‘Nigeria is a big attractive market, but if we're honest, it's a very harsh place to do business. Ghana has invested quite a lot in recent years in creating an environment that is attractive for people coming from the outside,’ he told the BBC.

Longe has worked in two of the continent's most vibrant tech hubs. In Nigeria's main city Lagos, he co-founded the Co-Creation Hub, which then acquired Kenya's iHub – another leading innovation centre.

According to him, the proactiveness of Ghana's president clearly played a pivotal role in Twitter's decision. ‘If you look at Kenya, Ghana and Nigeria in terms of political stability and quality of leadership, there's only one country that stands out.

‘If a company is thinking about the potential impact of government policy, I would go with Ghana. Ghana is an access point to Nigeria, so you get the full benefits of access to the Nigerian market without any of the dysfunction that comes with being there.’

Global retail giant Amazon will soon have its African home in the heart of Cape Town’s emerging tech hub.

This follows the go-ahead given on 20 April by the City of Cape Town for the construction of a major building project that will have Amazon as its main tenant. The $280 million River Club project will also house residential units, office space, restaurants and a 200-room hotel.

According to the approval granted by the municipality, the complex will be built across 15 hectares of land over three to five years.

‘US retail giant Amazon will be the anchor tenant, opening a base of operations on the African continent,’ a statement from the municipality said. It added that the project will create around 19,500 jobs.

Amazon is currently scouting for talent in the region in a bid to shore up its Africa team and tap into the world’s fast-growing middle class.

‘It makes a great deal of sense for Amazon to bring its recognizable brand and highly differentiated Global Selling program to Africa,’ business strategy consultant David Nour told New African, referring to the giant’s international selling programme, which allows brands to list and sell their products on Amazon marketplaces in four continents.

‘From its operations in Cape Town, it can offer sellers a trusted channel to this highly fragmented region, as a reliable provider of goods.’

But the news was greeted by protests from environmentalists, who say the project is a threat to the local ecosystem and dishonours a sacred heritage site of the indigenous Khoi people, who lived in the region before the arrival of Dutch settlers in the 17th century.

They also claim that the development will worsen flooding in the valley.

‘The money raised will enable a fair process in which the indigenous Khoi people, who oppose the destruction of sacred land, will be able to have their say about what kind of development happens on the land,’ the OCA told New African.

The City of Cape Town insisted the project was ‘sustainable’ and ‘balances ecological conservation and urban development’.

Following the municipality’s greenlight, Amazon will shift its base from its modern eight-story office building in Cape Town’s Roeland Street to the larger venue close to the University of Cape Town.

Tobacco production in Zimbabwe is expected to grow by about nine per cent this year, according to the country’s regulatory authority.

Zimbabwe’s Tobacco Industry and Marketing Board estimated that it will hit 200 million kilos in 2021, thanks to abundant rainfall.

‘The estimates are still being calculated, but I think it will be bigger than that [this year], and because of the improved quality, I think the prices are going to be little bit higher.’

‘Our tobacco harvest was very good this season and we expect good profit this year and I can see good prices as well,’ tobacco farmer Steady Zvavamw told Africanews.

One of the biggest employers in the country, the tobacco industry has been hard hit by unemployment, despite the country’s agricultural and mining resources.

Tobacco is a major foreign exchange earner for this southern African nation with sales reaching $782 million in 2020.