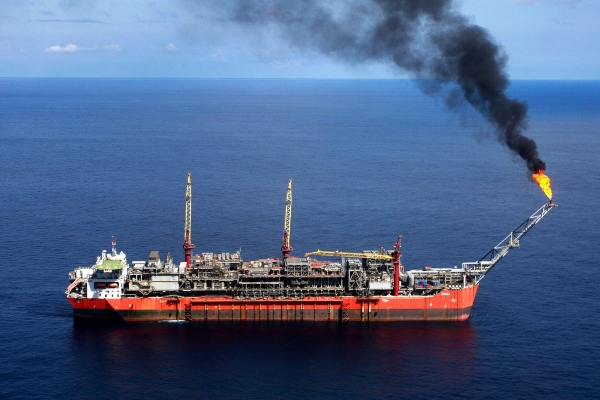 Foreign liners may continue to enjoy exclusive rights over Nigeria’s crude oil exports. But, as Francis Ezem reports, Nigerians may soon be able to get in on the act.

Nigeria is the world’s sixth largest producer of crude oil, extracting an estimated 2.7 million barrels a day before the pandemic cut demand and prices alike. But more than 60 years after the launch of commercial oil production, the country is yet to benefit from the equally lucrative business of actually shipping the crude oil it generates.

Oil accounts for the majority of Nigeria’s exports and foreign exchange earnings, but the shipping of oil has, inexplicably, remained an exclusive honey pot only available to foreign tanker owners.

The reason is Nigeria’s adoption of a so-called Free on Board (FOB) trade policy, under which a seller – such as the Nigeria National Petroleum Corporation – has an obligation to deliver goods on board a vessel designated by the buyer.

Under FOB rules, the seller is only responsible for any loss or damage up to the time of shipment, with the shipping company assuming liability in case of a spill or sinking during export.

Such deferred risk may have served the fledging country well when it was still finding its feet in the 1960s and 1970s.

But experts say Nigeria’s shipping industry would grow much faster, creating a lot more jobs and boosting much-desired foreign exchange inflows, if it switched to the riskier yet more lucrative Cost, Insurance and Freight (CIF) model, which is currently used on non-oil imports, such as agricultural products.

Under FOB trade terms, Nigeria has no reasonable control over the delivery of its crude oil in terms of carriage, insurance and other ancillary services.

Under the CIF arrangement, however, the country will maintain ample control over the distribution of crude oil, which can be leveraged to enhance the competitive advantage of indigenous shipping operators.

Yet successive governments have not shown sufficient political will to reverse these trade policies, through which the country has lost huge sums of revenue needed to develop its fledging economy.

Statistics show that in 2019, Nigeria retained only five per cent of the $5 billion annual freight earnings that accrued to the country through shipment of oil and gas and other marine-related activities, while 95 per cent went to foreign shipping companies.

Records also show that more than 5,307 vessels call at Nigeria’s eight seaports annually and none are indigenously owned, due to the FOB and CIF policies.

It was in a bid to curtail these staggering economic losses that the Nigerian Maritime Administration and Safety Agency (NIMASA) initiated talks with the NPPC to reverse the policy. Bashir Jamoh, Director General of NIMASA, said that the CIF model would help develop indigenous shipping capacity as well as boost foreign exchange inflows, which the country needs to stem the worsening rate of capital flight and depleting foreign reserves.

‘Since 2018, NIMASA has championed moves for a review in the terms of trade with regards to shipment of Nigeria’s crude oil, from FOB to CIF, to ensure greater benefits for the country from its oil resources,’ revealed Jamoh.

‘A technical committee involving NIMASA, NNPC and other stakeholders would be set up to develop a template for the desired change, with workable timelines.’

Captain Emmanuel Iheanacho, who is chairman of the petroleum marketing firm Integrated Oil and Gas, as well as the managing director of Genesis Worldwide Shipping, said that by using FOB policy for Nigeria’s oil export and CIF for all imports, the country loses in all the three components of the trade, thereby creating wealth and job opportunities for foreign countries.

According to him, Nigeria loses in terms of the freight components of the trade, through which lots of wealth and job opportunities would have been created for the country by engaging indigenous ship owners.

‘Nigeria also loses because it does not have the refining capacity, which would have also been a huge source of wealth creation for the economy.

‘Another area of loss to the country in the crude oil trade business is in the importation of the refined petroleum products, which foreigners also determine and control the shipment to the detriment of indigenous shipping companies.’

Umar Aminu, President of Nigeria Shipowners’ Association (NISA), believes that successive governments in the country have not shown sufficient political will to review the policy imposed by foreign ship owners.

He said that Nigeria remains the only member of OPEC that does not participate in the lifting of the crude and until this is reversed, the vast economic benefits in terms of job creation and foreign exchange inflows would continue to be elusive.

It was in a bid to curtail these confounding economic losses that the Nigerian Maritime Administration and Safety Agency (NIMASA), which had made unsuccessful efforts in the past, commenced fresh moves to reverse the policy.

Dr. Bashir Jamoh, Director General of the agency, who made the disclosure, insists that shipment of Nigeria’s crude oil exports based on CIF as against the current FOB, is more beneficial to the country, as it would help develop indigenous shipping capacity as well as boost foreign exchange inflows, which the country needs to stem the worsening rate of capital flight and depleting foreign reserves.

Under the current moves, the Director-General has initiated talks with Mele Kyari, the Group Managing Director of the Nigerian National Petroleum Corporation NNPC, and Billy Okoye, the Group General Manager, Crude Oil Marketing Division of the corporation.

Jamoh notes that Nigeria has for too long implemented the FOB policy for shipment of crude oil exports, which weighs against its economy.

‘Since 2018, NIMASA has championed moves for a review in the terms of trade with regards to shipment of Nigeria’s crude oil, from FOB to CIF to ensure greater benefits for the country from its oil resources. A technical committee involving NIMASA, NNPC, and other stakeholders would be set up to develop a template for the desired change, with workable timelines,’ Jamoh stated.

He also said that Nigeria would not derive maximum benefit in terms of creating wealth and job opportunities until it adopts the CIF trade term for the carriage of its crude exports.