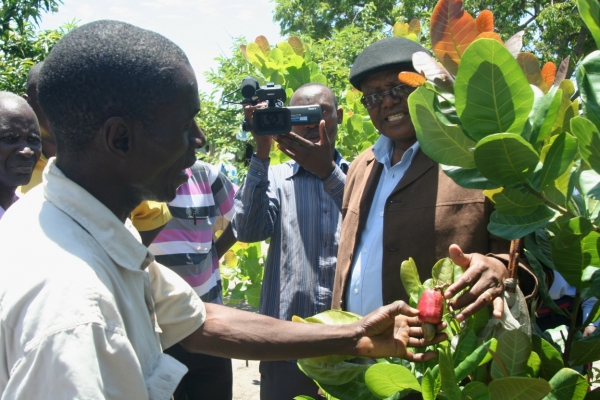 ZAMBIA’S has embarked on ambitious project of cashew nut production as part of an economic diversification programme that seeks to reduce the country’s dependence on copper.

The AfDB has set aside $45m for reviving production of the nut in Western Province, one of Zambia’s poorest regions, with a view to seeing it taking over from copper as the biggest foreign exchange earner.

Cashew can fetch at least $10,000 per tonne on the world market. Angola, Mozambique, Tanzania and Gambia are among Africa’s biggest producers of the nutritional wonder crop.

The CIDP is targeting 60,000 smallholder farmers, half of them women, and 7,000 youths, each planting one hectare or around 100 cashew trees. About 6,000 full-time jobs are expected to be created along the cashew value chain from production, processing to marketing.

AfDB agricultural expert for Zambia, Lewis Bangwe, said the bank was setting aside $12.95m of its aid package for cashew plantation rejuvenation and establishment.

Altogether, about 43,000 hectares of new cashew farms and plantations will be rolled out.

The project, to be implemented over a period of five years, will create pilot cashew hubs in 10 of the 16 districts in Western Province, namely Mongu, Limulunga, Senanga, Kalabo, Nalolo, Sikongo, Shangombo, Sioma, Lukulu and Mitete. All of them are vulnerable to environmental degradation and climate change and carefully controlled cashew cultivation is seen as crucial to reviving their fortunes.

“In today’s economics, there is no crop as expensive [lucrative] as cashew,” said CIDP project coordinator Charles Chileya.

When processed, cashew fetches at around $16 per kg, while a 50gm bag sells for about $11 in some Zambian supermarkets.

“Cashew for us is our new copper and everybody should support us in its production,” he added.

Each household will plant one hectare of 100 cashew trees that at maturity is expected to have annual income of around $429. In this way, the crop will make a significant contribution to poverty reduction efforts.

“The cashew sub-sector has been facing various challenges leading to slow growth of the industry due to low production of raw nuts, lack of improved planting materials, poor management practices, pests and diseases, as well as lack of marketing and processing facilities,” said Western Province permanent secretary Mwangala Liyomba.

“I am happy that the CIDP will address the challenges by supporting cashew value chain infrastructure such as feeder roads, irrigation facilities, bulking centres and agro-processing facilities.”

He urged staff in the target districts to be fully involved in the implementation of the project.

Under the programme, the ministry of agriculture and other stakeholders will receive specialist training, alongside cashew nut processors and smallholder farmers. Training will involve local and international study tours to Mozambique and Tanzania.

Around $7m has been set aside for technical support, while $6.49m will go towards project management and monitoring.

A key provision is that 217 km of roads leading to cashew infrastructure sites will be rehabilitated, while an irrigation system will be developed for the main cashew nursery at the Zambia Agriculture Research Institute in Simulumbe.

The project will also develop eight irrigation systems for clone-gardens and associated structures, and another three for nurseries located at Namushakende, Nangwesi, and Kalabo Farmer Training Centres.

Fifty community demonstration cashew plots of one hectare each will be set up.

The Seed Control and Certification Institute will receive support for quality cashew seedlings while the Natural Resources Development College will devise a cashew-focused curriculum based at the University of Barotseland.

A cashew and agro-processing expert for technical assistance will be recruited, and gender and environmental specialists be engaged as short-term consultants.